6 Day Trips From Yokosuka You Will Love 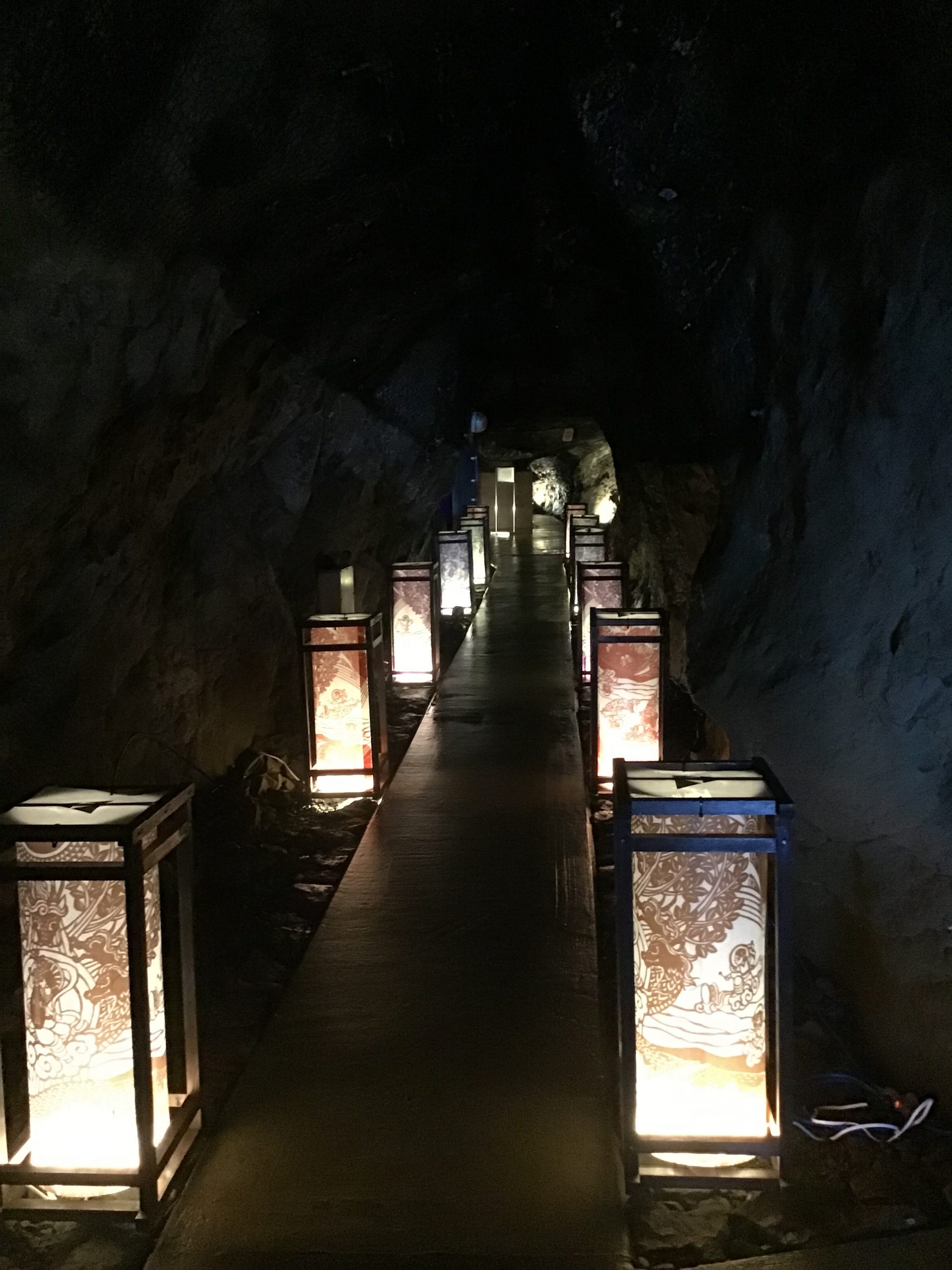 Japan is reopening! There are so many places I’d love to show visiting family and friends. Here are six day trips from Yokosuka I know they’ll enjoy.

I’m excluding Tokyo for the simple reason that one could honestly spend an entire vacation there. It’s a beautiful and exciting city, and only 55 minutes from Yokosuka.

But there are so many personal favorites outside of Tokyo that I hope they’ll have time to see. Each destination is gorgeous no matter what the season. And each can be reached in an hour or less.

Most foreign tourists travel to Chiba Prefecture to see its most popular attraction – Tokyo Disneyland. I’m a huge Disney fan myself.

Those wanting to experience an unforgettable, less-traveled cultural icon should head to Nokogiriyama.

The first Buddhist temple was commissioned at Nokogiriyama over 1300 years ago.

The temple’s main cultural wonder is a jaw-dropping Diabetsu (Buddha) that was carved into the mountain in 1783. It has the distinction of being the tallest Buddha Statue in Japan (31 meters/101 feet).

As the Buddha of healing, he holds a medicine bowl in his hand and has an expression of kindness and calm.

The Sights at Nokogiriyama

Stone sculptures of Takai Arhats (enlightened disciples) line the walking trails. Sadly, several of the Takai Arhats have been damaged or destroyed due to environmental exposure and time. Other damage stems from anti-Buddhist movements during the Meiji Restoration.

Those who are exceptionally fit will enjoy the challenge of a strenuous hike. At a scenic overlook known as “Hell’s Peak”, the adventurous can venture to a railing at the edge of a cliff and take photos.

If you’d rather not huff and puff up a 300 meter mountain, take the cable car for ¥500 ($3.50). Note: although the cable car does a good chunk of the work, there is still a lot of walking and stair climbing involved if you want to visit the most popular sites.

Who Will Love Nokogiriyama: Outdoor adventurers with strong legs and lungs, and those wanting to travel off the beaten path to a truly spectacular cultural treasure.

From Yokosuka: Take a 10 minute local train to Keikyu-Kurihama. Walk the short distance to Kurihama Harbor and catch a 40-minute ferry to Chiba (¥1600 round-trip). The ferries are safe, clean and run regularly.
Important note: hold on to your ticket and receipt! An official will inspect your ticket when you board, and again when you depart.

Kamakura was the de facto capital of Japan from 1185 to 1333. This conveniently located “Little Kyoto” is full of historical, religious, and cultural treasures. The only downside to a city with 19 shrines and 65 temples is deciding which ones to visit. For maximum enjoyment, I recommend seeing no more than three a day.

Which three should you start with?

Everyone has their personal favorite, but here are three that are well worth a visit.

Beyond its religious treasures, Kamakura is celebrated for its wide variety of international cuisines. If you’d prefer to try a local specialty, Kamakura is famous for shirasu – whitebait. There are many ways to eat shirasu – dried, raw, or boiled. If this is outside your comfort level, one thing is certain – at Kamakura you’ll have lots of delicious options to choose from.

Who Will Love Kamakura: Those interested in exploring traditional Japanese culture and history.

From Yokosuka: One of the reasons Kamakura is so popular is that it is just 20 minutes away.

Because of Enoshima’s close proximity to Kamakura, some try to combine the two cities. If you have the time, I suggest making Enoshima its own trip.

The island has a romantic backstory. According to legend, the village had been plagued by an evil dragon. After encountering the beautiful goddess Benzaiten, the dragon swiftly reformed his ways, and Enoshima was created as a testament to their love.

Although once only accessible by boat, this one-of-a-kind island is now connected to the mainland by a 600 meter bridge.

The dragon theme shows in every part of the small island. As if the lanterns, streetlights, and carved statues were not enough, there is even a shrine dedicated to the dragon.

One of the best places to visit are the sea caves. For ¥500 ($3.50), staff provide a candle to explore the caves and see ancient relics. The caves are surprisingly well-lit throughout, and the candle isn’t truly necessary. More than anything, it’s a clever prop that adds to the feeling of adventure. It’s a thoughtful touch that younger visitors are certain to appreciate as they head to the furthest cave to meet the dragon.

A Great Place to Work Up an Appetite

A trip to Enoshima famously involves a lot of physicality. There are literally several hundreds of stairs.

From the top of Enoshima you can see wonderful views of Mt. Fuji on a clear day.

Local specialty: There are plenty of sit-down restaurants on the island, most of which serve seafood. For a more casual experience, the island’s many food stalls give the adventurous a chance to experiment. As with nearby Kamakura, shirasu (white bait) is an Enoshima specialty.

Who Will Love Enoshima: Those looking for a one-of-a-kind island experience. Due to the island’s geography, those who are fairly active will have the best time at Enoshima.

From Yokosuka: It’s 20 minutes to Kamakura Station. From there, take the scenic Enoden Line train to Enoshima Station (approximately 25 minutes). Follow the well-marked signs and walk across the bridge to Enoshima Island.

A trip to Misaki and Jogashima is perfect for those who need a break from the city.

Maguro (tuna) lovers in particular will enjoy a day trip. If you like maguro, you’ll love Misaki. The fishing town of Misaki is famous for having one of Japan’s top tuna hauls.

Misaki also is known for its fish market. While it is presently closed due to COVID, visitors normally have the opportunity to view the tuna action process via the glass windows on the market’s second floor.

Near Misaki Harbor is Jogashima Island.

Whereas Enoshima Island is a tourist destination full of caves and must-see temples, Jogashima is a place to relax. The sparsely populated island has several excellent hiking trails. The most scenic of those trails will take you along beaches of volcanic rock and by quaint lighthouses.

Those whose temperament is more mellow can choose to simply enjoy fresh breezes and ocean views.

Local specialty: How can anyone go to a ”Tuna Town” and NOT sample the tuna?! Although Misaki is most famous for its tuna, rest assured that all seafood there is excellent. An incredible set menu that includes miso soup, a bowl of rice and tuna, and green tea will likely run approximately ¥1600 ($11).

Who Will Love Misaki and Jogashima: Outdoor enthusiasts and maguro lovers. If have seafood allergies, but love want to explore the lovely fishing village and island, the best option may be a stop at the convenience store. Jogashima has many places that are ideal for a scenic picnic.

From Yokosuka: It is 40 minutes by local train to Misakiguchi Station. Outside Misakiguchi station, take a taxi or the NR 2 Bus to Misaki Port (approximately 18 minutes).

A mere 20 miles separate Yokohama from Tokyo. Although technically part of the greater Tokyo area, Japan’s 2nd largest city definitely has its own character.

In 1859 Yokohama became one of Japan’s first ports to open to foreign trade. This early exposure to international countries is immediately obvious.

For example, the Chinatown in Yokohama is one of the largest in the world. The .2 kilometer square area is chock full of souvenir shops and restaurants for those looking to explore a bit of Chinese culture.

Kanteibyo temple, dedicated to the Chinese god of business and prosperity, is one of the must-see places in Chinatown.

Other popular areas to check out while in Yokohama are the historic Red Brick Warehouses near the harbor, which now function as a shopping mall and event venue.

A fantastic place to visit to learn about one of Japan’s top cultural exports is the Cup of Noodles museum.

Japanese inventor Momofuku Ando created the cup of noodles in 1958 to provide a modernizing workforce with a convenient and inexpensive take on a familiar food.

For ¥400 ($2.80) you can select from a variety of ingredients to design your own bespoke cup of noodles. It’s a fun souvenir to take home.

Who Will Love Yokohama: Those who love Chinatown or are looking to humble brag about creating their own instant-noodles package.

From Yokosuka: The journey to Yokohama takes less than 35 minutes.

Kurihama, part of Kanagawa Prefecture, is a lovely place to spend a morning or afternoon. Kanagawa is known for two legendary arrivals: U.S. Navy Commodore Matthew Perry and Godzilla.

The events that took place at this simple spot opposite Kurihama Harbor gave rise to what would become modern Japan.

Less than a 20 minute walk from Perry Park is Kurihama Flower Park, a 144 acre oasis where flowers bloom year-round. If you are there there in April or May, the poppies are especially lovely. Visitors who travel in June or July will be rewarded by hundreds of hydrangeas in bloom. Go in September or October, and the fields are carpeted by a million cosmos flowers.

At the top of the hill stands what is arguably Kurihama Flower Park’s most famous attraction: a 9 meter (27 foot) Godzilla slide.

According to the original 1954 Godzilla film, Godzilla first made land at nearby Tatarahama beach. A slide was originally constructed at the beach, but over time degraded and needed to be removed.

However, local businesses and private individuals missed the beloved monster and raised funds to bring Godzilla back to their neighborhood. The current Godzilla slide at Kurihama Flower Park was unveiled in 1999, and has two English words carved on the base: GODZILLA RETURNS.

Although only children under 12 can go up Godzilla and slide down his enormous tail, he is still worth a visit.

Who Will Love Kurihama: Those interested in history and politics (Perry Park), and those of all ages looking for a low-key afternoon outdoors. Although the ascent up Kurihama Flower Park is steep, for a few hundred yen the park’s “Flower Train” will transport guests where they want to go.

From Yokosuka: It is approximately a 10 minute local train to Keikyu Kurihama station. From there, it’s an easy 15-20 minute walk to Kurihama Flower Park or Perry Park.

I love Japan. My hope is that those who come take the time to venture beyond the big city. There’s so many delightful things to see.

For those of you lucky to be in Yokosuka – did I get it right? What local sites would you recommend your loved ones visit while they are here?