6 Ways Japan Has Changed Since Your Last Visit, And What To Expect Now

Oct 19, 2022 Stationed in Japan, Tips for traveling in Japan 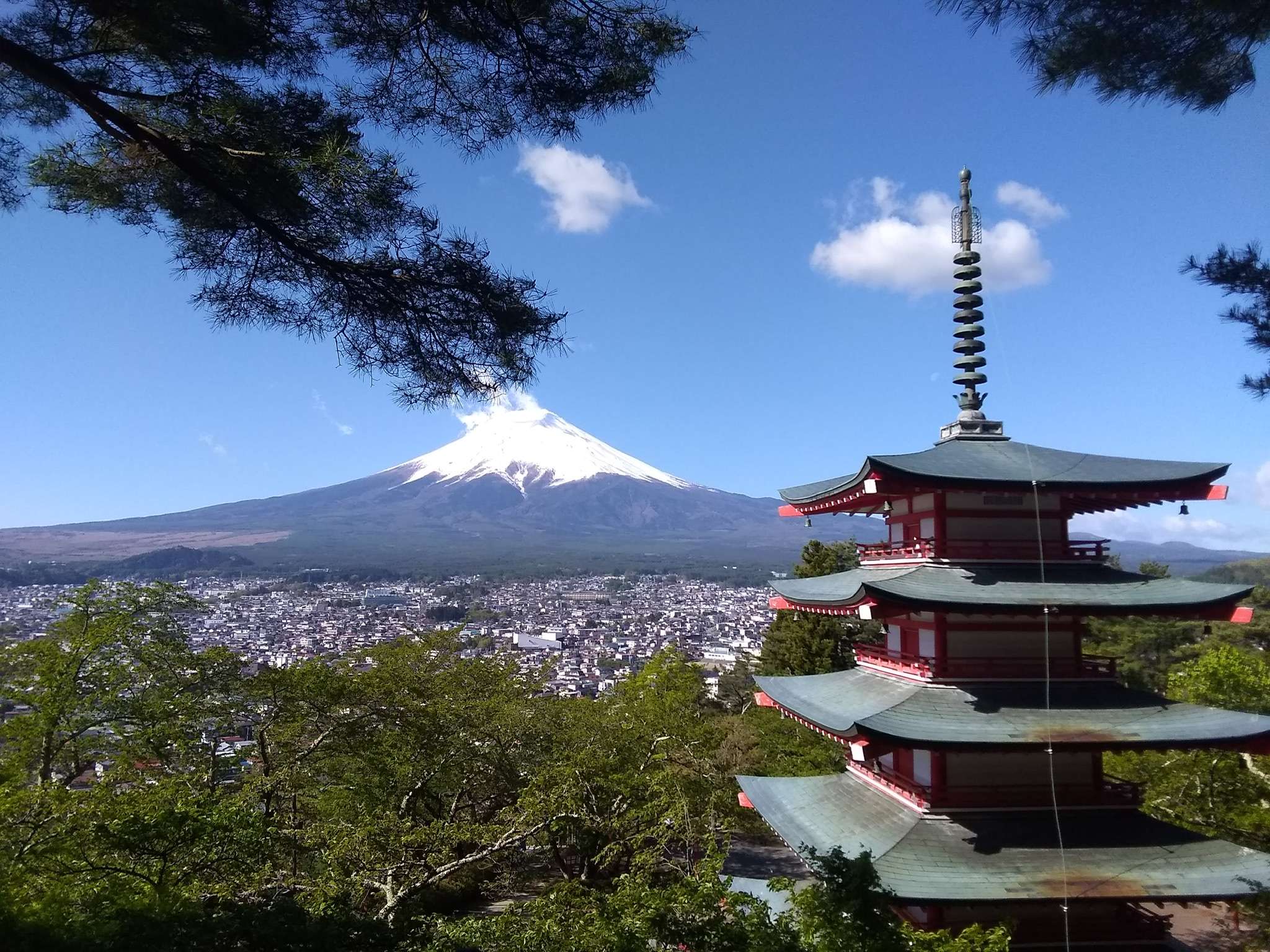 On October 11, Japan began re-opening to international tourists. Those who remember Japan pre-pandemic will find many ways Japan has changed.

There are two main reasons why Japan today is different from the Japan I visited five years ago: 1) the pandemic, 2) the 2020 Olympics.

The first point is self-explanatory. As for the second, Japan was READY to host the Olympics. A country that had received close to 32 million visitors in 2019 had done everything humanly possible to prepare for a record number of Olympic fans.

THEY WERE READY FOR A GLOBAL AUDIENCE.

Many trains near large cities announce stops in both Japanese and English. That being said, it’s always a really good idea to learn a few words of the local language. A few simple words – konnichiwa, ohayo gozaimasu, arrigato gozaimasu, kudasai, sumimasen (good day, good morning, thank you, please, excuse me) – goes SO FAR in showing respect and goodwill.

The Japanese are sure to appreciate the effort!

With a charged smart phone, you can truly get everywhere you need. The Google Maps function is highly accurate. Google is also a fine way to locate train information and identify the best transportation routes. The information for trains is to-the-minute accurate.

Note: for best results on train routes, be certain to specify “station” after inserting your location. For example: “Yokosuka station to Tokyo station”.

I can recall a time when there was no such thing as takeout or takeaway boxes at a restaurant.

The pandemic changed all that. Since the Japanese were not allowed to gather in large groups, one of the only ways some restaurants could stay in business was to offer food that could be carried out. What is standard in the U.S. and Western countries was a complete departure from custom in Japan. It is such a shift in concept that you’re likely to come across restaurants that post signs outdoors, like “Takeaway Okay”.

(Takeaway is still a no-no at fine dining restaurants.)

Japan has one of the highest average longevity rates (85 years) in the world. They also have the world’s highest number of citizens over the age of 80. This is so important to understanding why as a society the Japanese took COVID prevention measures so seriously. While you’ll notice pockets of Japan that have “relaxed wear” if you’re outdoors or at a restaurant, you may still be requested to wear a mask if you’re in compact areas.

That being said, the Japanese are very understanding if you want to remove your mask for pictures.

The 2011 Tōhoku earthquake and tsunami changed everything. Along a coastline, don’t be surprised to see markers at various points denoting the elevation. You will also see several signs marking tsunami evacuation routes.

This is a country that cares about public safety and being prepared.

18 Ways Japan is the Same

The Japanese are proud of their country and culture, and put forth a lot of effort to create a safe, welcoming environment.

2. Love of Diagrams and Displays

The Japanese don’t take anything for granted. You can expect to see signs and cute graphics on everything from how to use the toilet, to how to board a train, to how to pray at a shrine.

There are even signs for what to do in case of a volcanic eruption.

This love for diagrams and visuals extends to food. They want you to know EXACTLY what to expect. Don’t speak or read Japanese, and it’s lunchtime? Not to worry. You can point to the food display or picture you want.

Expect to either see or hear the phrase “thank you for your cooperation” everywhere. I’ve grown to be super intrigued by the word “cooperation”. Whether it is a sign on a train stating that the window is to be left down for ventilation, or a sign requesting guests sit down when using the toilet, or a ‘thank you’ for following the rules, cooperation is a key component to harmony and order in Japan.

Japanese vending machines can dispense beverages hot or cold, and they are literally EVERYWHERE (including the top of Mt. Fuji). Certain hotel lobbies have vending machines that you can purchase canned beer and cocktails from.

I’m convinced these are the most advanced vending machines in existence.

In Japan, tipping is considered an insult. If you are especially pleased with the service you received, then the best thing to do is thank them sincerely. If you really want to provide a tangible thank you, some service sectors – taxi drivers – will accept a SMALL gift (like a wrapped box of cookies).

But, as a rule, tipping in cash will likely result in confusion and unexpected awkwardness.

6. Keep ALL Your Tickets and Receipts!

The Japanese LOVE documentation. Please make sure you keep your tickets and receipts, since you never know when they are going to be looked at. For example: while traveling from Kurihama to Nokogiriyama, I was surprised that my ferry ticket was inspected both when I boarded the ferry, and AGAIN when I departed.

Do not expect to see many public trash cans outside of transportation centers and convenience stores. The Japanese adhere to very defined trash separation protocols. Because trash cans are few and far between, it’s smart to carry a bag with you to hold your trash until you can properly dispose of it.

The stores are also a fun place to experiment with food, from mineral energy gels to onegiri.

It’s considered respectful to remove your shoes in certain areas. Not to worry – there will usually be signs designating where shoes are and are not appropriate. At a minimum, expect to remove them inside temples, shrines, historic houses, and private homes.

In your hotel room, remove your shoes inside the entrance and switch to the complimentary slippers.

For those traveling on a budget, a grocery store can be an absolute lifesaver. The Japanese value freshness so much that if you go to a grocery store mid-afternoon the items are marked down considerably. And grocery stores are a super fun and inexpensive way to experiment with local cuisine.

Golden Week is a period, usually between late April and early May, when the Japanese celebrate a series of special holidays and travel. Expect to see prices for rooms triple and long lines outside of restaurants. To avoid large crowds and wreaking havoc with your budget, avoid traveling during Golden Week.

Japan is famous for its world-class transportation system. You can expect everything to run on time. If a train is delayed for any reason, the cause will be listed on the displays.

The local trains can get quite packed near large cities. If at all possible, try and avoid traveling during business hour commutes.

In Japan, a train is not the place for conversations or talking on your phone. Virtually everyone you see on a train is either asleep or looking at their phone – they like things quiet.

You may be amazed at train and bus stations at how many Japanese have the ability to sleep sitting perfectly straight.

I’m in awe over how the Japanese can communicate so much without saying a word. In areas like hotel rooms and transportation systems, keeping noises to a minimum is much appreciated.

In the more remote areas of Japan, some businesses will only accept cash. The same also holds true for small mom-and-pop shops in big cities. It’s best to keep at least ¥5000 ($33.60) on hand in case of emergency.

Pro tip: have a special area in your purse or bag just for coins. Coins have a much higher value in Japan than in the U.S. – a ¥500 coin is worth $3.36 – and no one minds if you pay a bill in coins. Having coins also comes in handy if you visit a shrine or temple.

If you have tattoos, you might not be allowed inside public communal bathing areas, since tattoos have historically been associated with criminal activity. While attitudes are shifting somewhat – many Japanese seem to be fascinated by Navy and Marine Corps tattoos – there are many onsen that will deny you entry if you’ve been inked.

If you have a tattoo and you’re keen on trying therapeutic onsen, there are still options. One option may be to book a private room. Another is to visit towns that are famous for their public outdoor footbaths.

The laws in Japan are strict. Make sure you know what you can and cannot bring into the country.

Because they prize order and harmony, Japan is one of the safest countries you can visit. It’s not uncommon to see small children traveling by themselves. No matter where I’ve gone, and no matter what time of day, I have never once felt hassled or threatened.

It’s not just your physical person that’s safe. While you should always be alert, the odds of you having something stolen are virtually nil. I’ve accidentally forgotten items in public spaces before, and returned a few hours later to find them still there.

They are very accepting of other styles of dress. That being said, if you are visiting a special temple or shrine, it’s always a good idea to wear something conservative.

And if you want to sightsee Kyoto or Kamakura in a rental kimono, you totally should. The Japanese will view your interest as a sign of respect.

Depending on exactly where you go, you may still stumble across a traditional toilet that you squat near the ground to use. Those are few and far between.

You are far more likely to come across a state-of-the-art and super clean toilet that plays music as you do your business. My absolute favorite function for the toilets you’re likely to have in your rental or hotel is that the seats are HEATED.

In the winter, it’s absolute bliss.

I’ve said it many a time, but I LOVE JAPAN. The novelty has never worn off. Granted, I am a Sailor, and as a Sailor I am grateful for time on land in general.

If you’re wondering how I was allowed to travel in Japan in 2021 – as a Sailor, I fell under a unique category. As such, after completing my quarantine (and later, getting vaccinated), I was able to travel freely.

Don’t expect that every day will go smoothly. There will inevitably some hiccups, misunderstandings, and mistakes along the way. There may still be times when you’ll be utterly bewildered by the environment. To this day, I am intimidated by big city transportation hubs during rush hour.

When that happens, take a deep breath and ask for help. I’ve never had someone NOT take the time to point me in the right direction.

Those who are willing to explore this beautiful culture will come to love it.

Whether you are visiting for the first time, or it is your umpteenth visit, may you have an AMAZING adventure!