A Love Letter To My Cho (Neighborhood) 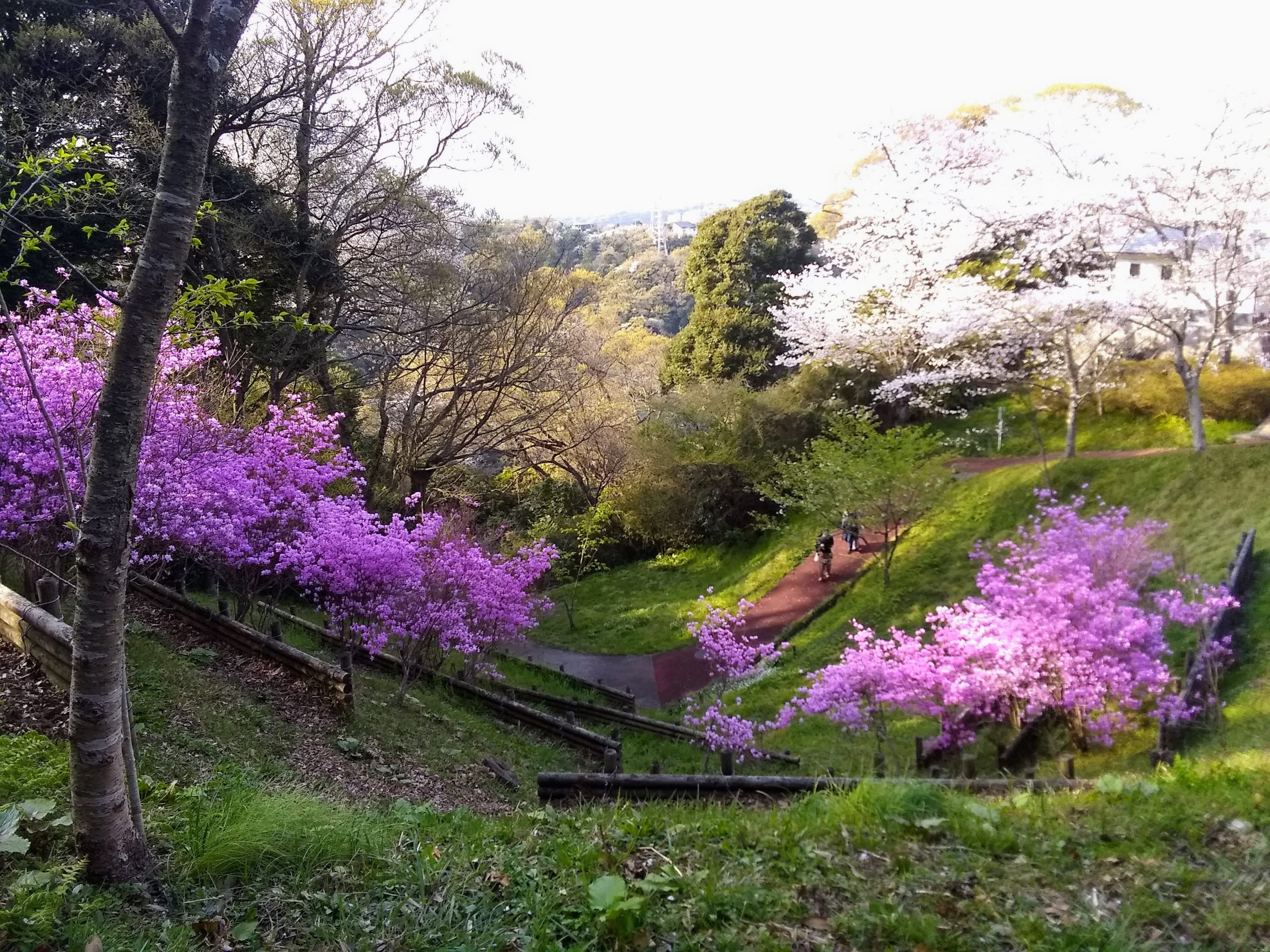 Changing neighborhoods every few years is not easy – I have a tendency to get fond of every place I’m at. I had a sinking feeling the first day I took a walk around my new cho (neighborhood).

Leaving this is going to hurt.

Yokosuka is a cosmopolitan city less than an hour from Tokyo. It has every convenience I can think of. And yet, the further you move away from the city, the sweeter the glimpse you get of authentic Japanese life.

There are several things I love about my cho.

In no particular order:

Japan has the highest percentage of elderly of any country in the world. Over 25% of the population is over 65+ years old. The overwhelming number of neighbors I encounter fall in this age demographic.

If I get excited when I see them – and I get jazzed about the future – it’s because they look FANTASTIC. They usually have a dog leash or their gardening prunes in their hands. They are also the demographic most likely to be jogging or strolling early in the morning.

Granted, it’s a totally logical argument that those who are ill or immobile would be indoors, and so of course I’m seeing the fittest of the group. But I’m inspired by how engaged and physically active my older neighbors are.

In a digital age, the neighborhood boards are especially delightful and quaint. It’s hard to go more than a few hundred meters without running into a neighborhood display board. The individual announcements are hung with such precision.

Each board is tailored to each micro-neighborhood and feature everything from notices on upcoming concerts to lost items. These boards are a thoughtful reminder that not everyone in Japan gets their information electronically.

I don’t know why I love these tiny Shinto shrines so much. A walk past the local shrine every morning on my way to work just makes me feel nice.

The terrible tsunami that followed the 3/11 earthquake had a lasting impact on Japan. Every coastal town I have seen in Japan now has these signs marking the elevation, and the neighborhood I live at is no exception.

Part of my neighborhood is a designated evacuation route in the event of a tsunami. Mind you, I don’t like thinking of natural disasters at all. But I love that by placing these markers everyone has a clear understanding as to what to expect in case of emergency.

Laundry Hung Out to Dry

If you walk past neighborhood houses or look at the balconies of apartment complexes, chances are excellent you’d see fresh laundry hung out to dry. Japan is known for the innovation of their electronics, and everything from their washing machines to vending machines to refrigerators are efficient and reliable.

And yet, when it comes to their laundry, the Japanese are all about letting the sun and air do the heavy work.

Japan is between 70-75% mountainous. Hence, the bulk of the Japanese population lives near coastal areas and plains. To get where they needed to go efficiently, the Japanese became masters of tunnel construction. It is more efficient to go through something than around it, right?

When I first moved to Yokosuka, I was surprised by the sheer volume of tunnels. While certain tunnels are shared with vehicular traffic, other tunnels are built exclusively for pedestrians. Those tunnels are looooooong. And yet, somehow they are well-lit and extremely clean.

There’s a reason for the exclamation points. Going back to the fact that Japan is a mountainous country: expect to get a great cardio and leg workout in, because there is a limit to how far cars are able to go on some slopes.

You might be surprised how many places in Japan are accessible only by stairs. I’m grateful for this – they help keep me moving!

The area where I live has extremely rich soil and several micro-farms. Near my neighborhood there are at least three unmanned farm stands that offer up the freshest of vegetables and fruits. The price is marked on hand-written signs; you simply deposit the coins in the designated slot.

Everything is left in the open. This is Japan – the system is 100% based on honor.

I love the variety and pizzazz of the supermarkets near work. However, the “Mom and Pop” grocery stores closer to my neighborhood are absolutely delightful. These kinds of places sell speckled brown chicken eggs individually from woven baskets, they are the kind of places that use a calculator to compute the final bill.

The owners know and remember every customer. A foreigner will not find a kinder or more patient group to practice Japanese with. Because they are so friendly, I tend to buy fresh fruit (apples, strawberries, Mikans, grapes) or basic cleaning supplies at the local stores.

It’s astounding how many varieties of flowers bloom here. In the spring, there’s the plum and then the cherry blossoms. And in the summer, the hills are covered with blue, lavender, and cream hydrangea blooms.

Despite so many perfect flowers being within easy reach, nobody picks flowers that don’t belong to them – they are there to be enjoyed by everyone.

If you do want to bring flowers home, you can by them at local shops. Fresh-cut, seasonal flower bouquets go for ¥500.

Given the popularity of Hello Kitty, one might think the cat is Japan’s favorite animal. Anyone who has lived in Japan will tell you – it’s the dogs who rule! They are usually super tiny – from fingertip to elbow. They are also remarkably quiet; I can count on one hand the number of times I’ve heard a Japanese dog bark.

I can also count on one hand the number of times I have seen dog poop left in a pedestrian area. The Japanese take looking after their pets super seriously. If their dogs take a pee, oftentimes you’ll see them pour bottled water over the area where their dog went.

One of my favorite neighborhood walks is from Tsukayama Park to Taura Plum Grove. The walk will get your heart pumping and leave your legs screaming. Due to the hill’s elevation, it is also a neighborhood favorite for watching the sun rise New Year’s Day. If you conquer that wickedly steep ascent up Tsukayama Park in late March/April, you are rewarded by the sight of hundreds of cherry trees.

Finally, on a clear day, you can see Mt. Fuji.

Taura Plum Grove is less than two miles from Tsukayama. Like Tsukayama, a good amount of cardio is involved if you want to make it to the top. Over 300 stairs take you through a lovely bamboo forest, and from there through a grove of over 2,000 plum trees.

Fun fact: as popular as cherry trees have become in Japan, did you know that it was the plum blossom that was originally Japan’s preferred flower?

In the 1930’s, volunteers planted 700 plum trees in honor of Emperor Akihito’s birthday. At the summit is a spectacular grassy area that locals love to picnic and play in, with awesome views of the ocean. That perfectly grassy knoll reminds me of the opening scene of the Sound of Music. You can’t climb it and not feel good.

Thanks for checking out my neighborhood…what do you think?

2 thoughts on “A Love Letter To My Cho (Neighborhood)”