Island Getaway to the Dragon of Enoshima 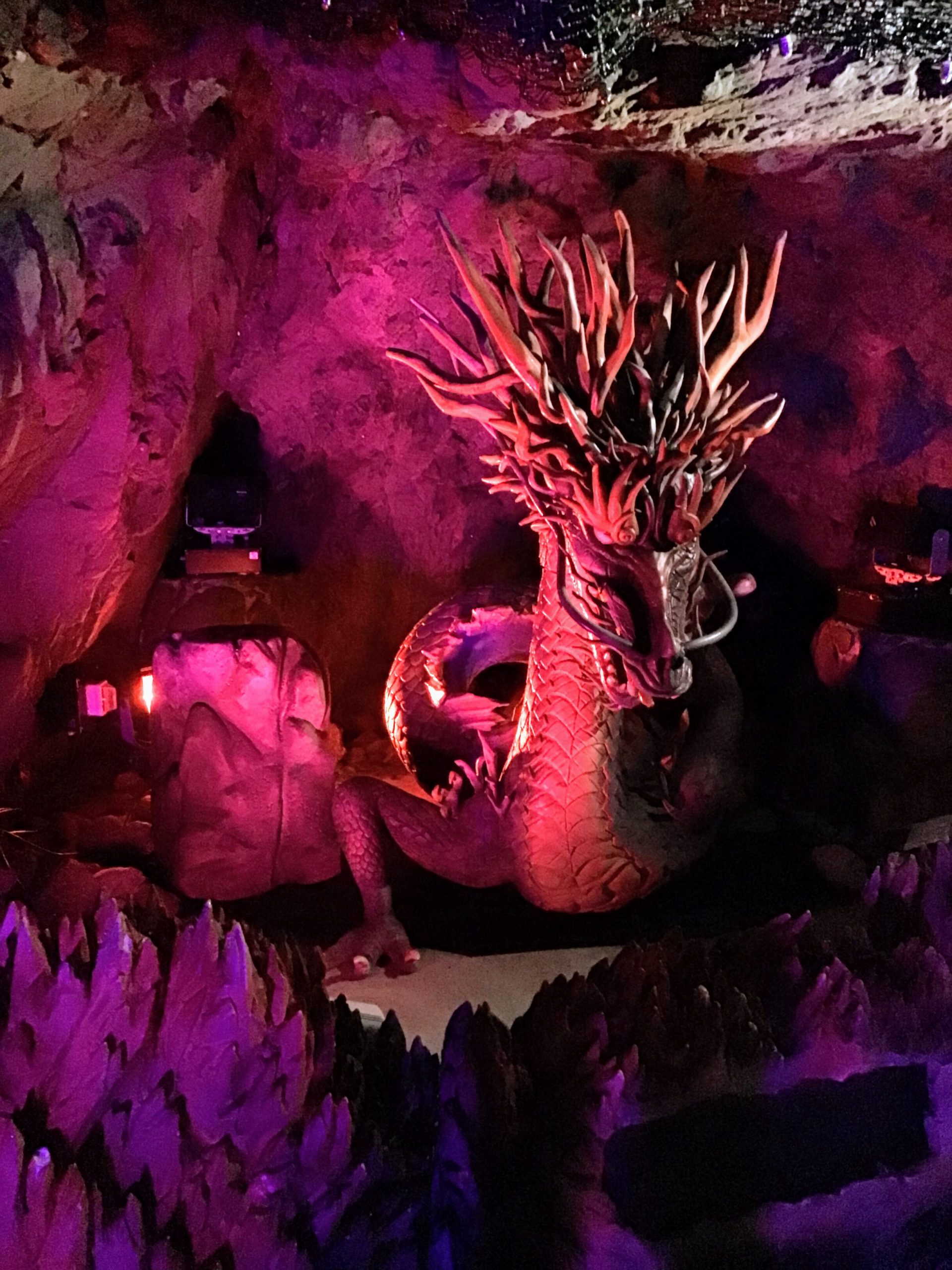 One hot Sunday in July I left for an island getaway on a day trip from Yokosuka. It was time to see the dragon of Enoshima.

Enoshima, a five kilometer wide island an easy day trip from Yokosuka and Tokyo, arose from the ocean some 70,000 to 80,000 years ago. Scientific evidence shows the land was thrust up after multiple earthquakes.

The far more romantic legend is that a powerful dragon had been wreaking havoc with the villagers when a lovely heavenly maiden (Benzaiten) descended from a cloud and onto the island. The smitten dragon proposed marriage, which she accepted on condition he reform his evil ways. And with that, the dragon became a protector of the island.

The journey to the island began with a local train to Kamakura station, followed by an Enoden line train to Enoshima. The passengers’ attire immediately revealed they were bound for the beach. In addition to the open-toed sandals and wide floppy hats, there were a wide array of colorful beach shorts. A child clasped a large flotation device shaped like a sprinkled donut.

I cannot help but think that a good portion of the passengers hailed from nearby Tokyo and Yokohama and were in search of a proper beach holiday. Several wheeled travel bags behind them and moved with a sense of urgency that suggested their holiday was long overdue.

The walk from the Enoshima train station to the island traveled along a street lined with restaurants, cafes, and beach merchandise vendors. Men carried or wheeled their paddleboards and surfboards. The colors of the clothing grew increasingly bright and flamboyant, and the number of Hawaiian-themed establishments grew.

By the time you reached the pedestrian bridge connecting Enoshima to the mainland, you would be forgiven for thinking you were in Waikiki.

That Japan should have a robust maritime industry is no surprise. The seafood you get in Japan doesn’t get any fresher because fishermen caught it that morning. What may come as a great surprise is how many Japanese enjoy the ocean recreationally. The popularity of water sports in Japan only seems to be growing.

Hundreds of sailboats were out enjoying the waters of Sagami Bay. Ashore, hundreds of beachgoers set up camp, their bright tents neatly positioned on the beach. As I began walking the 400 meter bridge I observed several big and colorful Yamaha jet skis anchored out.

My fellow pedestrians wore a range of attire. Some wore long sleeves and pants and carried parasols to protect their complexions from the strong sun. More than a few carried portable electric fans. I was impressed at how elegantly the Japanese maintained a strong sense of fashion even in the heat.

And then there was the group such as myself, wearing shorts and t-shirts.

Against this activity was the muted lavender-blue hue of Mt. Fuji, the top of the volcano somewhat concealed by cloud cover.

Enoshima island is very clearly built for tourism. Like almost every street leading up to a famous religious site, Enoshima was bustling that morning with commercial activity. The island shops sold ships crafted out of seashells, hot shrimp and octopus crackers, and every kind of seafood.

As with nearby Kamakura, one of Enoshima’s specialties is shirasu…whitebait.

There are many ways to eat shirasu.

The most common way is as part of a seafood bowl. There are those who prefer tiny “stand-alone” portions can by them in tiny plastic cups, kept cold on ice alongside pickled cucumbers and pineapples. Some, such as myself, prefer their shirasu mixed with other seafood (in this case clam chowder) and served as a hot croquette. It’s not uncommon to find shirasu on pizza, or as a pasta topping. The most adventurous of all will try their shirasu-flavored soft cream.

Every time I come, I intend to try the shirasu-flavored soft cream. And every single time, I lose my courage.

To my knowledge, Enoshima is the only place I have ever been that charges guests to use escalators. The island has so many steps that there’s a tiered system for the convenience of navigating them, ranging from ¥200 – ¥800. Since the temperature at 10 a.m. was already a sweltering 90+ degrees Fahrenheit, many were only too happy to purchase the tickets and avoid the stairs.

Outside the temple, there was a line of visitors waiting to pay their respects to the island’s resident goddess, Benzaiten. I tossed my coin and said my prayers.

At the top of the island is the Samuel Cocking Garden and the distinctive shape of the Sea Candle, whose elevation made it a popular place to go on a clear day for panoramic views. The Samuel Cocking Garden is especially popular in the autumn, when the gardens are lit at night with thousands of candles inside brightly colored glass.

Near the gardens is a tempting area for island visitors to admire ocean views as they snack on island specialities.

It’s kind of funny – the most menacing creature to humans these days were not dragons but birds. Multiple signs alerted guests to guard their food from the watchful hawks above.

I ignored the rest area and beautiful, international-themed gardens and instead proceeded down a robust set of stairs and to the Iwaya caves.

The area just outside the caves is a happy place. Although it is secured during heavy weather, on this sunny day guests were allowed onto the rocks for the chance to fish or dip their feet in the ocean.

The price to enter the cave is ¥500 for adults. After checking my temperature and politely requesting that I sanitize my hands with alcohol, a staff member handed me a candle and allowed me deeper into a cave full of ancient artifacts.

I especially enjoyed being in the caves, which offered a very welcome break from the heat. In the second cave is a tribute to the famous dragon of Enoshima. It can be viewed as kitsch, with the piped-in noises and colored lights morphing the dragon’s countenance. But it was also strangely awesome.

Departing the caves, I retraced my steps in search of the famous Dragon’s Love Bell. It’s a beloved spot for young attractive couples to take selfies and proclaim their love with a joint striking of bell.

If I had to pinpoint what makes Enoshima a magical island it would be its charming eccentricity. It’s the legendary place a dragon and a goddess fell in love. A place with glorious views of ocean punctuated by a heart-stopping view of Mt. Fuji. A place where the seafood is delicious and there are ample opportunities to climb stairs and re-generate your appetite for more.

It also does feel like a fanciful escape. Go, and for several hours it will feel like all is right with the world.