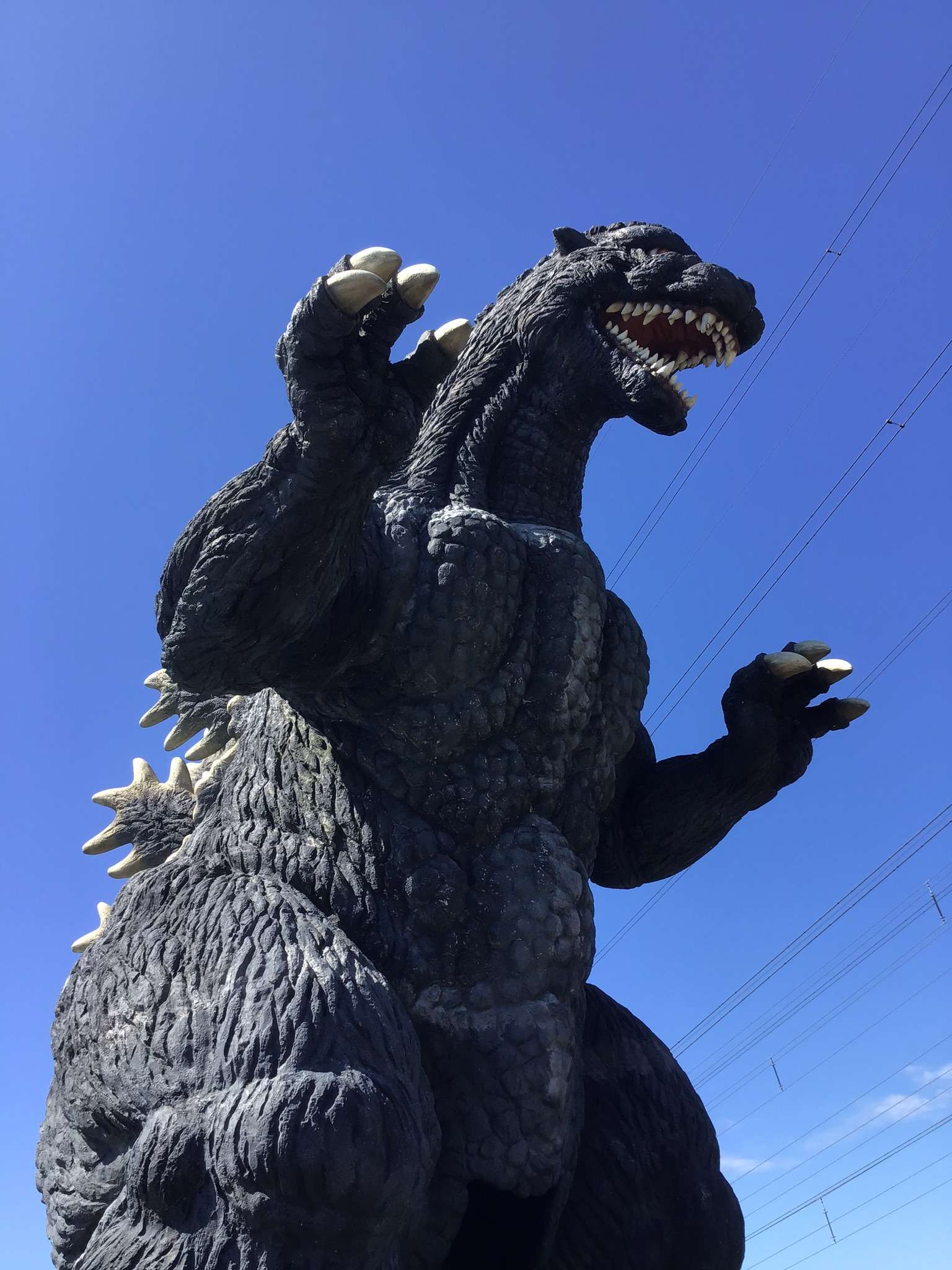 At first glance, Commodore Perry and Godzilla might not seem to have much in common. Both arrived in Kanagawa Prefecture by sea within 100 years of each other.

Both Commodore Perry and Godzilla were viewed as disruptive forces. And although one has been dead several decades and the other is fictional, each continues to have a profound impact on Japanese culture. With the passage of time, both seem to have achieved something bordering on affection.

In 1854, U.S. Commodore Perry convinced the Shogunate government to sign the Treaty of Kanagawa and open trade. Up until then, Japan had a two century policy of self isolation.

On September 7 the government of Japan announced relaxed COVID testing restrictions and increased the daily cap from 20,000 to 50,000. Although there are still some restrictions in place, the signs are unmistakable.

Japan is gradually opening up again to mainstream foreigners.

One sunny Saturday in September, I hopped on a local train to visit the two parks that commemorate these events.

Perry Park and the Treaty of Kanagawa

Commodore Matthew Perry first arrived at what would become Kurihama Harbor with a fleet of steam-powered ships in 1853. Then, it had been a quiet fishing village.

These days it is a harbor by which goods and passengers travel across Tokyo Bay.

Perry Park is located directly across the street from the palm tree-lined beach.

A simple monument was erected in 1901 to commemorate the occasion. Although it was removed during in 1945 during heavy fighting, it was restored soon after World War II ended.

The park seems to be a popular place for locals to meet up and rest. Older folks sat off to the side on shaded benches talking quietly, their face masks removed.

Inside Perry Memorial Hall, a man thoughtfully handed me a brochure in English and invited me to go upstairs, where a small exhibit displayed artifacts from Commodore Perry’s arrival.

Looking at the diagrams and drawings, I can only imagine the consternation, uncertainty and upheaval his arrival caused.

One thing is indisputable: the Treaty of Kanagawa resulted in the birth of Modern Japan.

A short walk from Perry Park is Kurihama Flower Park, one of my favorite places to spend an afternoon.

Although it is perhaps most famous for the enormous Godzilla statue at the top of the hill, the flower park itself is utterly sublime. Its 144 acres consist of gorgeously landscaped gardens and well-maintained paths.

Flowers bloom at the park year round. From April to May it is known for fields of poppies, and in June and July for luscious hydrangeas.

At this time of year, it is all about the cosmos. Between early September and October, the fields are carpeted by one million blooms in beautiful shades of pink, yellow, and orange.

Exiting the fields, visitors can choose to get a cardio workout with a steep climb up the hill. Or, they can pay a few hundred yen to take the Flower Train.

At the top awaits Godzilla, King of Monsters.

Godzilla’s name is a combination of “kujira” (whale) and gorilla. With his size and “atomic breath”, he’s a destructive force.

Godzilla symbolizes many things to the Japanese. One is a fear of nuclear power, and of science and technology gone wrong.

I have also read that through his destruction, Godzilla represents a rejection of modern artifice and shallow materialism.

One only needs to look at the 9 meter (27 foot) slide to know that the Japanese’s perception of Godzilla has evolved since 1954.

He’s a popular draw at a children’s park!

The first Godzilla slide appeared at Tatarahama in 1958. It had to be removed in 1973 due to wear and tear. However, it seems the locals missed Godzilla.

The neighborhood just was not the same without him.

In 1999, the statue was brought to Kurihama Flower World thanks to funds raised by local citizens and companies. The phrase “Godzilla Returns” is inscribed on the side.

Japanese and American children were playing at the park. The children were not cowering in fright – they were eagerly awaiting their turn to climb up and slide down his tail.

How did Godzilla transform from terrifying beast and cautionary tale to cultural icon?

Is he humanity’s friend or foe? What lesson should we take away from him today?

Regardless of the answer, there’s an unmistakeable fondness for the creature. For proof, look no further than the fact that in 2015 the Mayor of Tokyo hosted a ceremony awarding Godzilla honorary citizenship.

He might be a monster, but he is their monster.

Reflecting on Commodore Perry and Godzilla

Commodore Perry and Godzilla expose Japan’s interesting duality. The country has a deep respect for tradition and order. It’s a country that takes pride in its history, culture, exacting tea ceremonies and ancient festivals. At the same time, it is a country with a global reputation for innovation, robots, cutting edge technology, and robots.

It’s an island nation that is keenly aware of the risks of outsiders present. And yet, despite this reservation, I have only ever been treated with kindness and hospitality.

Monuments themselves are static. It’s us humans who find ways to attach meaning. Over time, our relationship to a monument can change.

I felt two things as I contemplated the monuments marking the arrivals of Commodore Perry and Godzilla. First was respect for the strength and resiliency of the Japanese.

Second was gratitude for the gift of living here.

Both Perry Park and Kurihama Flower Park are free!

It’s a 30 minute train ride from Yokosuka to Keikyu Kurihama train station. From there, it is a 18 minute walk to either Kurihama Park or Perry Park.

There is plenty of parking available at Kurihama Flower Park. And while the public bathrooms are very clean, the toilets there are of the squatting variety.

Here’s wishing you a beautiful day, and happy adventure!