Shaking Out The Butter: One Perfect Day in Hokkaido 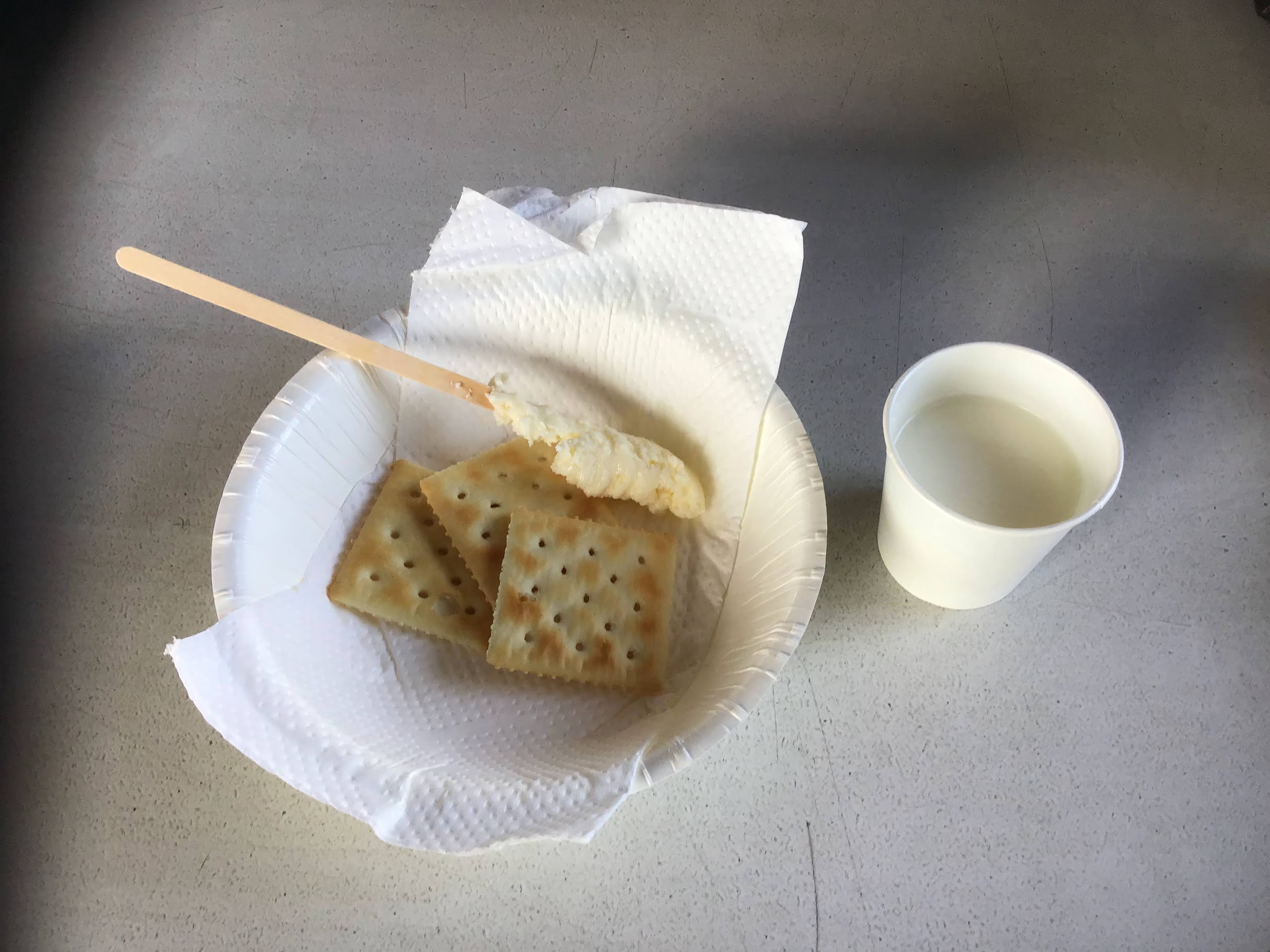 I never thought I’d be milking a cow at a Japanese dairy farm in Hokkaido, and then trying to shake the butter out.

I cannot be the only one who has secretly wanted to make their own butter.

Come on, confess! Given the chance, you’d be shaking your milk bottles too and beaming with pride as you spread the separated butter over Sunday morning pancakes.

I get the decided impression that Hokkaido, Japan’s northernmost prefecture, is always beautiful no matter what the weather.

Although it had rained each of the past three days of my trip, I was having a fabulous time. And yet, when I woke in my rental apartment to the strong early morning “Rising Sun” sunlight that Japan is famous for, I couldn’t help feel as I looked at the cloudless blue sky today was going to be an especially awesome day.

I showered, packed, and left for the train station bent on the first activity of the day: a trip to Murakami Farm. It has been a bucket list item of mine for some time to milk a cow and make my own butter.

We all have our quirks. Perhaps I had read too many Little House and the Prairie books growing up.

Hokkaido is of course famous for its agriculture and dairy products. I’m not always the most observant person, but shopping at the local grocery stores even I could not help but notice that the bulk of cheeses and creams I loved had a Hokkaido stamp on it. There seems to be a formula here: fresh air, clean water, rich soil = happy cows and stellar dairy products.

Cows have an interesting history in Japan. The culinary world reveres Kobe and Wagyu beef. I think it’s fascinating that Japanese cows were originally not used for protein or for calcium, but as livestock. Up until the 1860s, they were primarily used as working animals.

The train ride from Sapporo to Sapporo-Beer Teien station was short and pleasant. I arrived at an unmanned train station, and as I exited I understood why – it was engulfed on every side by farmland.

The mile-long walk to Murakami Farm was a delightful one, and I marveled over the vibrancy field after field of rich green vegetation. At the part of the farm reserved for petting animals – sheep, goats, and a pony was shorter than my knee – I was a bit embarrassed to discover I was the only adult without a toddler in tow. No matter. For a few minutes I was wildly popular with both the toddlers and the farm animals as I bought the children “rounds” of cups filled with chopped vegetables.

I thought my expectations going to a Japanese dairy farm were realistic. Although I took language lessons twice a week, my Japanese had not progressed to the point where I expected to be able to understand much about the technicalities of milking, or the anatomy of a cow. So long as milk came out and butter formed I would count the day a success.

I was happily surprised. It turned out I had learned just enough Japanese to understand that one of the calfs was one day old, and that the 100 cows on the farm were milked twice a day at 5 a.m. and 5 p.m.

But the reason I understood anything beyond that was solely because of the kindness of the farmers. Such was their thoughtfulness that they had translated sheets of answers from Japanese into English. In an extraordinary act of hospitality, rather than just hand me the sheets, one of the ladies stayed by my side and read.

Her colleague gave a demonstration on the proper technique for holding the cow’s teat. When it was my turn I approached the cow, knelt, and grabbed hold as instructed: index finger and thumb first, followed by a curling of fingers 3, 4, and 5.

I felt pure joy as milk squirt into the bucket.

Afterward, we were brought into what looked like a barn full of tables.

The woman who had been translating for me handed us each a clear plastic bottle of milk, with perhaps two inches of cold milk in each bottle.

I had initially been disappointed about not churning the milk, but was intrigued by the concept of shaking the bottle rapidly to force the butter to separate. Nonetheless, I was surprised when I heard the word ‘sanzen’.

My fellow shakers and I held our bottles and assumed the shaking position when she turned on music to help inspire us. It had to have the right tempo, of course. And so we shook furiously to the pace of the can-can. It’s more exhausting than one might think. And it is almost impossible not to laugh.

The can-can song ended, followed by club music with ”milk” or ”butter” lyrics.

Every couple of minutes the lady came by and asked to inspect the bottle. I had thought I was keeping up, and was distraught my butter was the last of the group to form. I was beyond thrilled to finally see the tiny clots. She took the bottle, carefully cut the top half off, strained the milk into a cup, and scooped the butter onto a plate with crackers.

I was delirious with happiness. There it was…my very own butter, and milk squeezed fresh that morning. The milk was cold, sweet, floral, grassy.

Dairy was all I wanted now. I went to the small farm cafe and to the machine that dispensed tickets for different soft cream flavors.

I had originally planned on getting soft cream in coffee flavor. Yet drinking that fresh milk made me change my mind – I pressed the ticket for the milk ice cream and presented the ticket to the woman at the counter, who sweetly brought out a cup. As I savored the nuances of the milk soft cream, it suddenly seemed such a cop out to ruin ice-cream with too many ingredients – something of a disguise. When the quality of milk was this good, the fewer ingredients, the better.

The morning had been so perfect that I doubted whether anything could match it. I thanked everyone, put my two backpacks back on, and returned to the train station feeling carefree and on Cloud Nine.

My destination that afternoon?